SYNOPSIS:  It’s 1980-something and all nine-year-old Jake Doyle wants for Christmas is a Nintendo Entertainment System. No Jose Canseco rookie card, no GI Joe hovercraft, no Teddy friggin’ Ruxpin—just Nintendo. But when a hyperactive Shih Tzu is accidentally crushed to death by a forty-two- inch television set and every parent in town blames Nintendo, it’s up to Jake to take matters into his own hands. The result is a Christmas quest of Super Mario Bros. proportions, filled with flaming wreaths, speeding minivans, lost retainers, fake Santas, hot teachers, snotty sisters, “Super Bowl Shuffles” and one very naked Cabbage Patch Kid. Told from a nostalgic adult perspective, 8-Bit Christmas is a hilarious and heartfelt look back at the kid pop culture of the 1980s.

“Absolutely charming. Like an old home movie, it instantly brings you back to the magic of childhood.”         – Academy Award-nominated director Steph Green 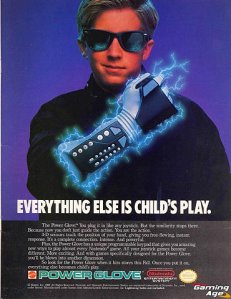 “No bull crud about it! The 1980s are alive and rad in this charming, rollicking tale.”  – South Park producer and Out There creator Ryan Quincy

“Jakubowski is keenly aware of the humor that arises from the many anxieties that plague childhood. I caught myself laughing out loud more times than I could count.”   – Gapers Block

“One of the best book gifts for gamers.” – IGN

“I LOVED this book. The descriptions of the social pecking order and the factors that really influence kid friendships are flawless… The ending pushed me over into the elusive (and some say mythical) territory of the six star review.” – The Book Shelf Gargoyle