I recently served as creator and showrunner of Play By Play — a coming of age comedy series about an ESPN sportscaster who looks back on his life in the ’90s and gives the play-by-play of his adolescence. All three seasons are now streaming (for free) on The Roku Channel. 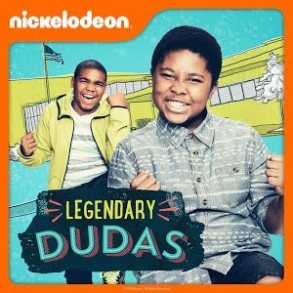 I created and executive produced Legendary Dudas for Nickelodeon. I also wrote for the Paramount / Nickelodeon series School of Rock, the Disney series Bizaardvark, and the Comedy Central series Brickleberry.

Over the past ten years I have written feature and television scripts for Paramount, Warner Brothers, Lionsgate, Disney, HBO Max, Disney+, Universal and Sony. I once wrote and produced an animated pilot for Fox called Cops Uncuffed. It starred JK Simmons, Michael Rapaport, and Chris Klein. It was so funny that the studio worried what might happen to people if it ever aired on television. Thankfully, it never did.

I wrote the Black List script Assassination of a High School President with Tim Calpin. It premiered at Sundance and we’re told did very well on DVD in Indochina. Bruce Willis was in the movie. He yelled a lot and made a million dollars.